Pearl Mae Bailey (March 29, 1918 – August 17, 1990) was an American actress and singer. After appearing in vaudeville she made her Broadway debut in St. Louis Woman in 1946. She won a Tony Award for the title role in the all-black production of Hello, Dolly! in 1968. In 1986, she won a Daytime Emmy award for her performance as a fairy godmother in the ABC Afterschool Special, Cindy Eller: A Modern Fairy Tale.

Her rendition of "Takes Two to Tango" hit the top ten in 1952. She received the Screen Actors Guild Life Achievement Award in 1976 and the Presidential Medal of Freedom on October 17, 1988. 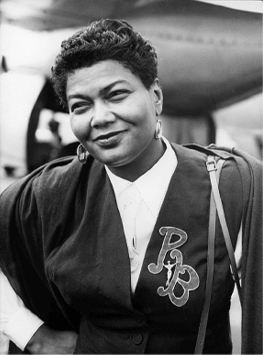