Desmond Mpilo Tutu OMSG CH GCStJ (born 7 October 1931) is a South African Anglican cleric and theologian known for his work as an anti-apartheid and human rights activist. He was the Bishop of Johannesburg from 1985 to 1986 and then the Archbishop of Cape Town from 1986 to 1996, in both cases being the first black African to hold the position. Theologically, he sought to fuse ideas from black theology with African theology; politically, he identifies as a socialist.

Tutu was born of mixed Xhosa and Motswana heritage to a poor family in Klerksdorp, Union of South Africa. Entering adulthood, he trained as a teacher and married Nomalizo Leah Tutu, with whom he had several children. In 1960, he was ordained as an Anglican priest and in 1962 moved to the United Kingdom to study theology at King's College London. In 1966 he returned to southern Africa, teaching at the Federal Theological Seminary and then the University of Botswana, Lesotho and Swaziland. In 1972, he became the Theological Education Fund's director for Africa, a position based in London but necessitating regular tours of the African continent. Back in southern Africa in 1975, he served first as dean of St Mary's Cathedral in Johannesburg and then as Bishop of Lesotho, taking an active role in opposition to South Africa's apartheid system of racial segregation and white-minority rule. From 1978 to 1985 he was general-secretary of the South African Council of Churches, emerging as one of South Africa's most prominent anti-apartheid activists. Although warning the National Party government that anger at apartheid would lead to racial violence, as an activist he stressed non-violent protest and foreign economic pressure to bring about universal suffrage. 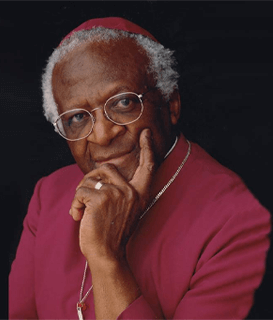